Pokémon: The Names Of Team Star Leaders Have A Hidden Curiosity

Pokémon Scarlet and Violet have been surprising the community with the amount of possible Easter eggs and references since its launch, as possible clues giving tips on where the 10th generation will be passed and a more than similar Pokémon with Godzilla. 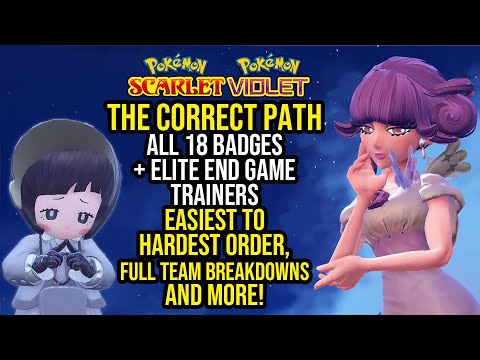 The curiosity of the time involves the antagonist of the titles: there is a hidden detail involving Team Star. The names of Team Star's five bases refer to the Cassiopeia constellation, something that was discovered by franchise fans and shared on Reddit.

The location of each of these bases is also related to the stars. What a symbolic, see, Game Freak?

Team Star and The Stars in Pokémon Scarlet and Violet

It seems that Game Freak took the team's motto very seriously: To protect the world from devastation! To unite the people of our nation! To denounce the evils of truth and love! To extend our power to the stars! For Team Star (Star in Literal Translation) not only extends power to stars, but in fact form a constellation. Begin, Schedar, Navy, Ruchbah and Caph are names that you should remember if the Star fall Street route has finished, as they are the names of each of the villain team's Squads-and they are also the nicknames of each of the five stars the most illiant that make up the constellation Cassiopeia. Don't stop there! The base position of these Squads is distributed by the Pale map in a turned M, so they make them form the constellation of Cassiopeia-which is precisely the name of the mysterious person linked to them (without spoilers here). In addition, we have some curiosities totally out of context here: Cassiopeia is the name of a Greek mythology character (who gave rise to the constellation), name of a League of Legends champion (hello Cassiopeia) and also the group's fandom name South Korean TVQ.