Caza: confrontation version 1.8.1 was launched today for PC and developer Crytek added a new Quest invocation system. Every Monday, the missions will be updated in the game and the players can choose between five different categories of missions, the lowest and most "legendary" category being "simple" the highest. Players can "convene" missions such as banishing a certain number of bosses or killing a certain number of hunters. The players earn more stars for completing greater challenges, with a limit of 30 stars every week and a maximum reward of 25 Blood Bonds. In addition to the stars, players can also obtain other quest rewards, including guns and explosives.

A trailer of the new update for PC can be found in embedded below. 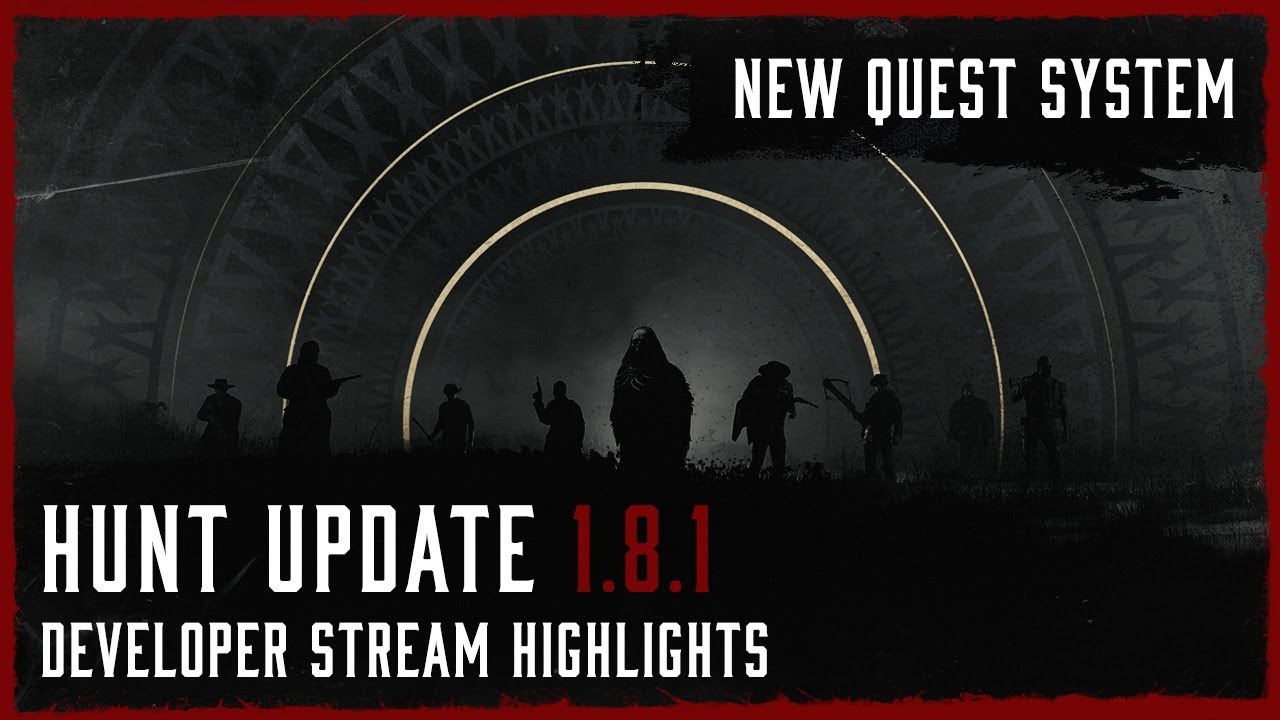 Crytek also offers players the opportunity to create missions for the game. Players can share their ideas using the hashtag #SugGestaQuest on social networks. The developers will choose some of the best and give fans the opportunity to vote for the best candidate. It is an orderly way for caza: confrontation community to show your passion for the game and help shape your future. In a press release, senior producer Fatih Ozbayram spoke about the new questions and his hopes about how the function will evolve after the comments.

"The new missions system will give players more control over the game challenges they want to face and the opportunity to win more rewards every day," said Ozbayram. «Caza is a game promoted by the community, and this new and exciting system will expand and evolve as we progress, molded by the comments of the players. We are also delighted to offer fans the opportunity to see their idea for a mission implemented in the game. He Caza The community is full of creativity and we are eager to see what ideas they come up with the players! »

Caza: Confrontation is currently available on PlayStation 4, PlayStation 5, Xbox One, Xbox Series X | S and PC. You can consult all our previous game coverage here.

Do you plan to launch a quest invocation for caza: confrontation? Have you been enjoying the game? Let us know in the comments or share your thoughts directly on Twitter at @marcdachamp to talk about everything related to games!