The Portland Trail Blazers seem to continue their sell-off, in the trade with the New Orleans Pelicans now leaving C.J. McCollum and Larry Nance the team around Damian Lillard.

Josh Hart, Nicker Walker-Alexander, Tomas Satoransky and Didi Louzada are going to Blazers, Tony Snell still goes with McCollum and Nance to the Pelicans. New Orleans also sends his own round-round chip of this year as well as two two-round picks to Portland.

Under Interim GM Joe Cronin, Blazers seem to gain flexibility in Cap Space, presumably to equip the emerging starting simons with a long-term contract renewal and yet to be able to make further help for Damian Lillard. It remains to be seen if that happened before the deadline or only in the coming summer.

Articles and videos about the topic * Trade Deadline live: McCollum and Nance Jr. Way! How is it going for Portland and Lillard? * Experience the NBA live on Dazn. Register now! Can be terminated at any time monthly. 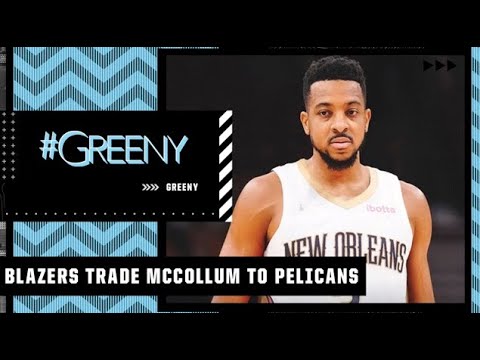