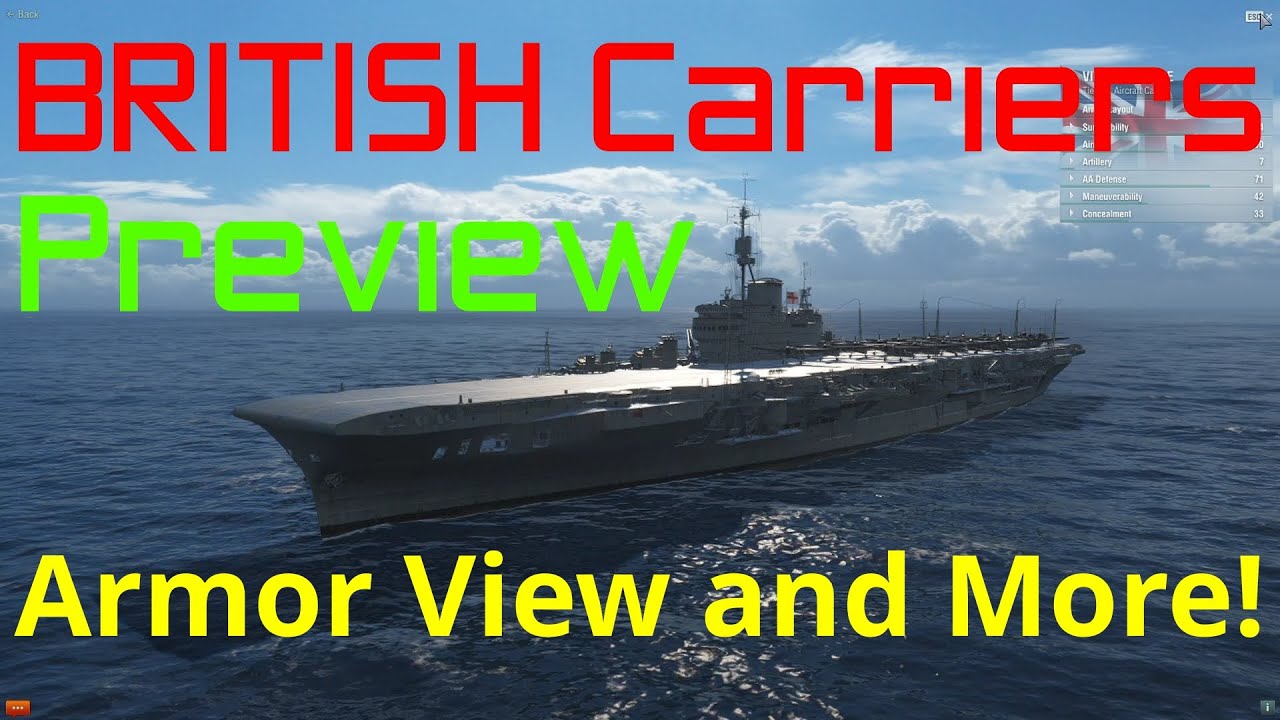 World of Warships: Legends navigates with the November update tons of new content in the game. Among them are the farming source of wisdom, a new research branch with British aircraft carriers, Soviet cruisers leave the Early Access, a collaboration with Warhammer 40,000 and many more innovations.

The new campaign runs six weeks and includes 120 milestones, divided into two updates. With the source of wisdom, there are two new ships for the captains to earn the French animal IV destroyer Sirocco, who has effective HE ammunition and the German Animal VII Freezer Mainz, which is equipped with powerful and improved sonar. Sirocco is available from Mil stein 40 and Mainz from Mil stein 120. The players do not have to decide for one of the two ships, but with active admiral ism support can unlock both ships after completing the campaign.

One of the most influential sea forces of the Second World War runs from the stack: the British aircraft carriers. The new research tree has three ships, Animal III Hermes, Animal V Furious and Animal VII Implacable. With their special surface bombardment and numerous torpedoes they heat their opponents neatly and bring the sea to the bubble. With the aircraft carriers, Denis Boyd also enters a new captain to the action.

Part two of the cooperation with Warhammer 40,000 offers the anchors in World of Warships: Legends and brings two new ships into play. The Cross of Thorn of the Black Templar and Ship Smash of the Orcs with dedicated captains piercing in lake and bring thematic blinds, flags and patches, as well as special containers.

Alternative Soviet cruisers for all

The Animal IV Dostoevsky, Animal V Gorky and Animal VI Tallinn The Soviet cruisers are now accessible to all players after the Research Tree has left the Early Access. These ships have a flat ballistics, sonar and respectable torpedoes, making them to good all-rounders at every stage. Last but not least, Animal VII is available to the Riga, which has impressive 220 mm guns.

For all captains who love the competitive game, there will be three seasons with evaluated battles. The struggles are held in ships of stages V, VI and VII (depending on the season) have a limitation for destroyers and no aircraft carriers are allowed.

The UPDATE 3.8 for World of Warships: Legends will be published on Monday, 8 November 2021.