The DLC of Animal Crossing: New Horizons arrives with a mistake, but Nintendo will solve it with a patch

Animal Crossing: New Horizons surprised all players with a massive upgrade full of content. However, Nintendo has seen the potential of his players regarding the indoor decoration and, therefore, he has launched the DLC Happy Home Paradise, an extra adventure in which this aspect of the game is exploited. Unfortunately, and as it usually happens on these occasions, the DLC has come with an important error, so Nintendo has put down to work to fix it as soon as possible.

Nintendo is working on a patch that will be launched this same November As explained on the company s website, several users have experienced problems when trying to remodel the house of their neighbors when the airfield doors are open. Therefore, Nintendo has issued this statement indicated on players who, if they wish to redecorate the home of insulatus, should ensure that Aerodrome doors are closed Before speaking with Tom Nook.

It seems a fairly simple dilemma, but several players have found problems in their departure because of this ruling. To avoid similar situations in the future, Nintendo has already confirmed that at some point in this November An update for Animal Crossing DLC ​​will be published: New Horizons that will arrange this error. Until then, it will be necessary that follow the instructions provided by the company if we do not want to compromise the data of our game.

Animal Crossing: New Horizons - Happy Home Paradise is now available for Nintendo Switch players who want to explore their passion for interior decoration. This content has caused several reactions in the Community, since it is included in the controversial Nintendo Switch Online Expansion Package. However, and to relieve the community you want more DLC of the title, the Japanese company has ensured that Happy Home Paradise will be the first and last payment content, so Nintendo will continue to expand the Experience of Animal Crossing: New Horizons for free. 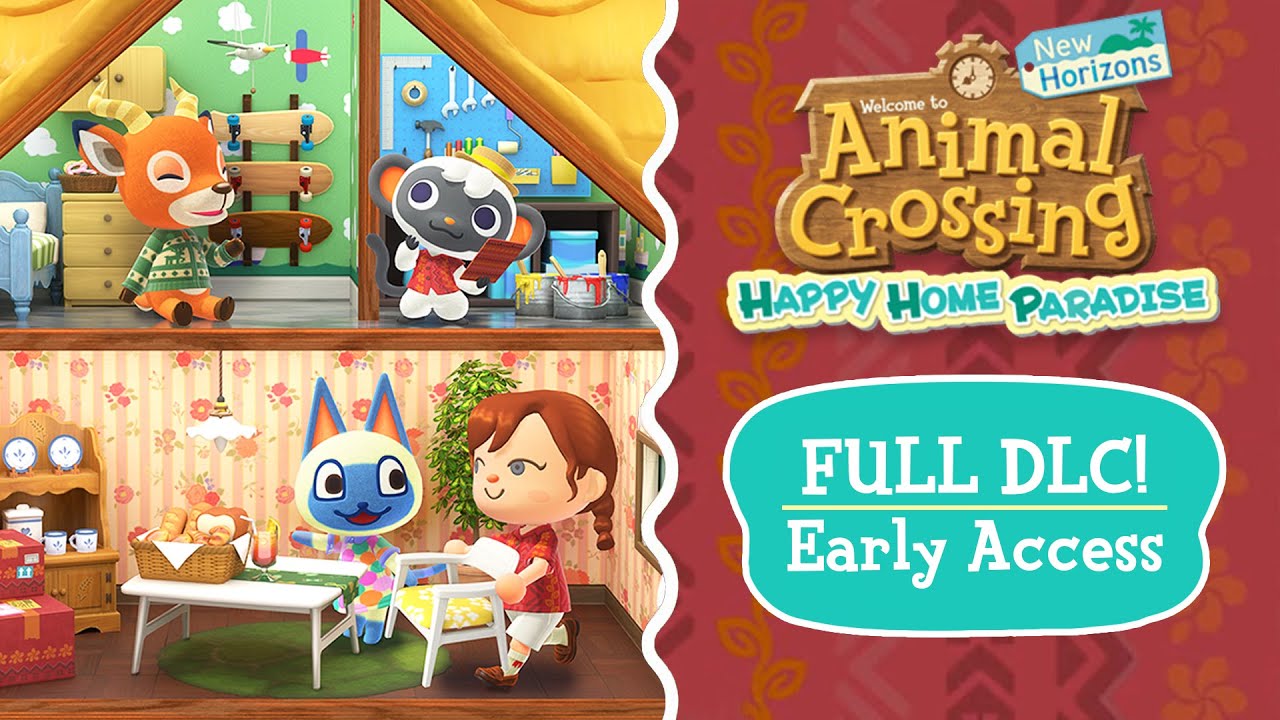